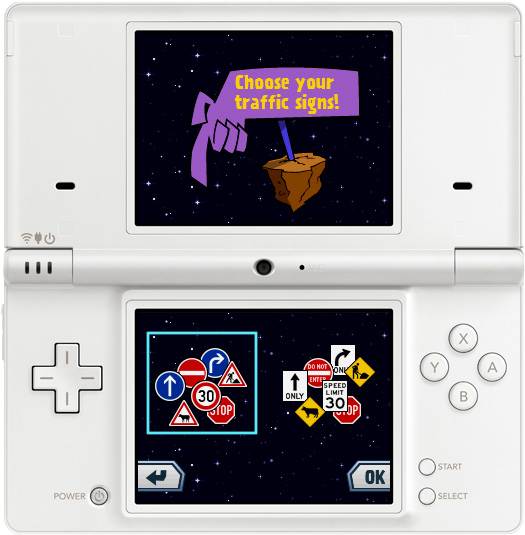 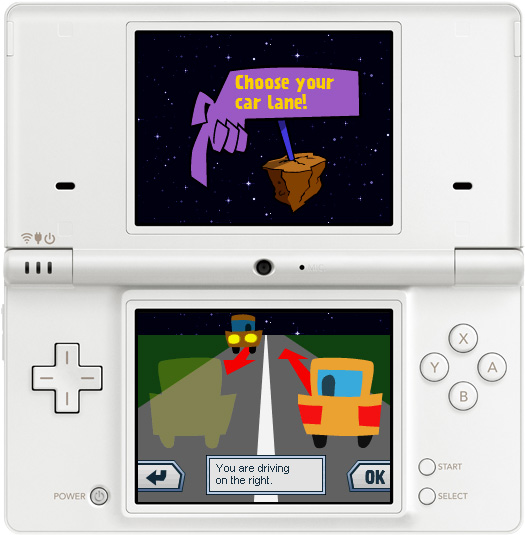 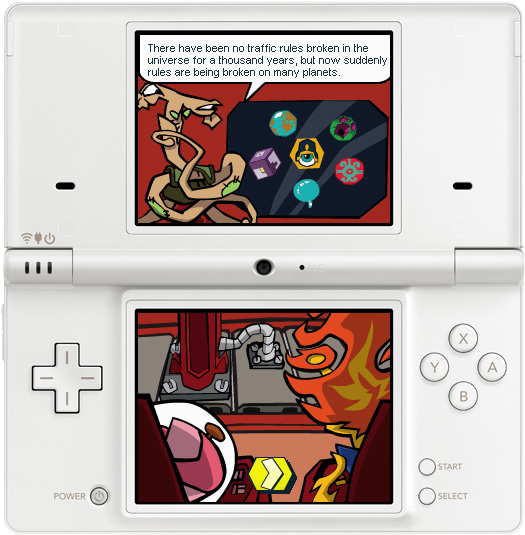 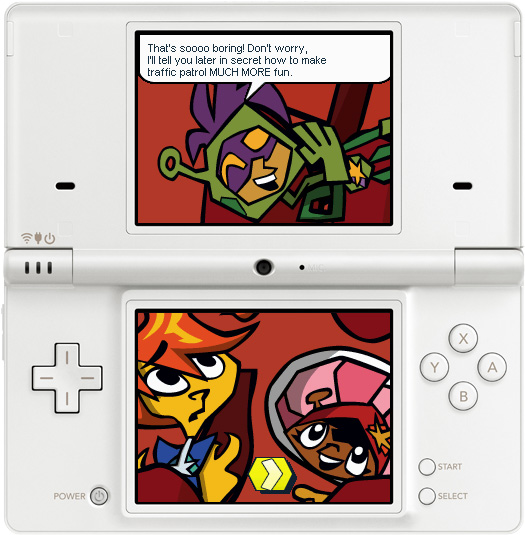 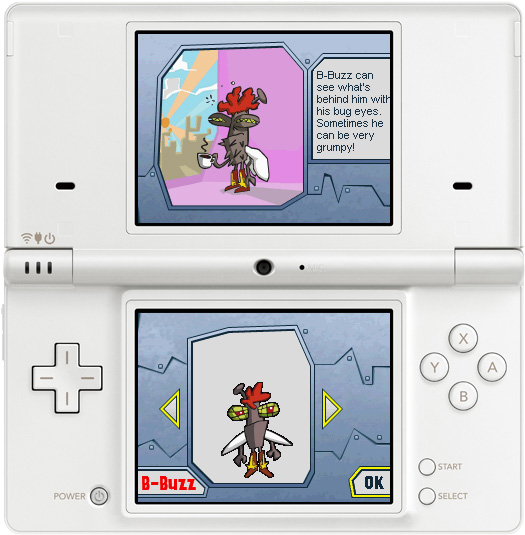 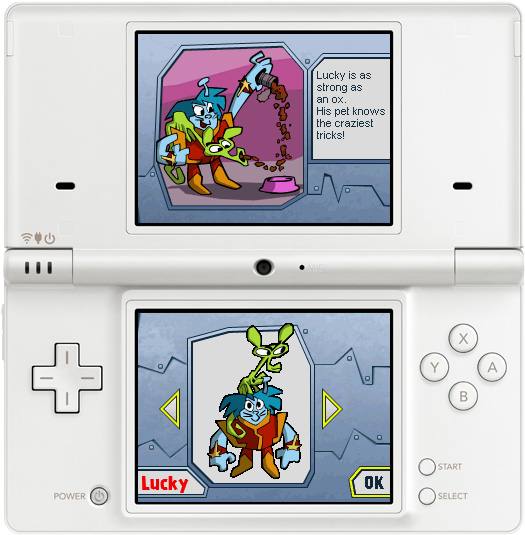 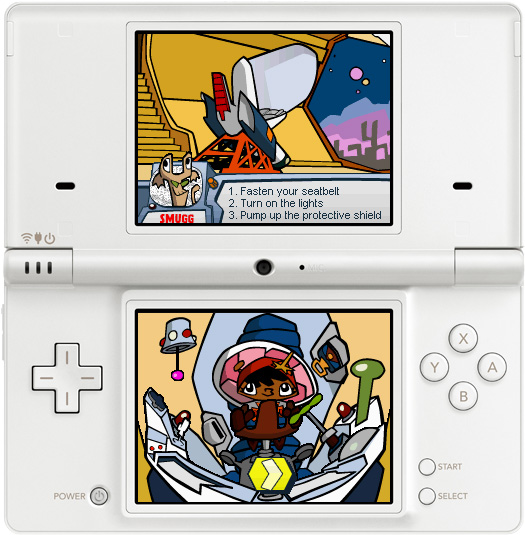 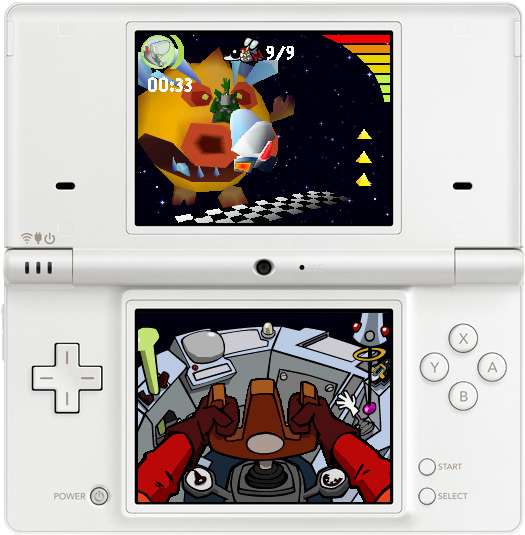 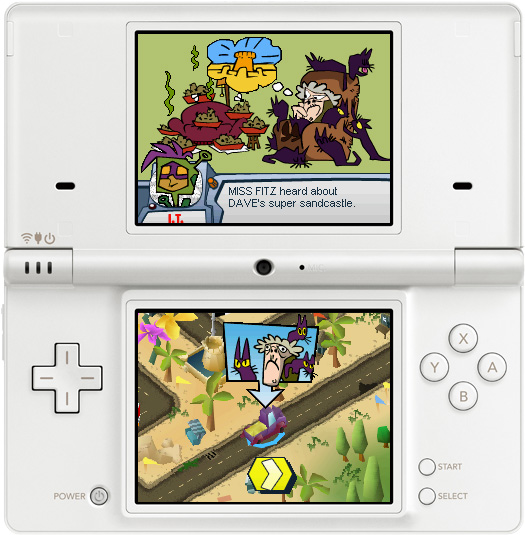 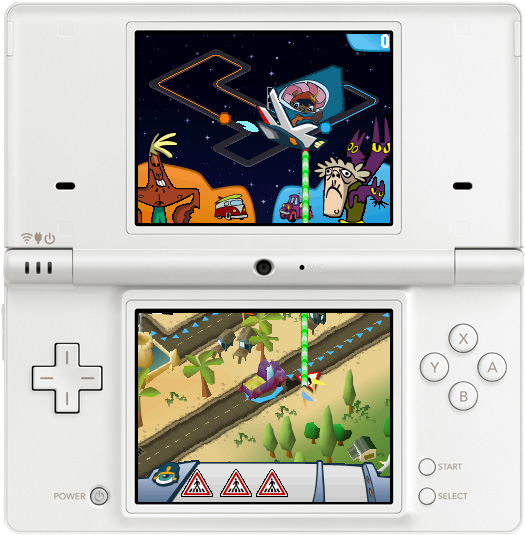 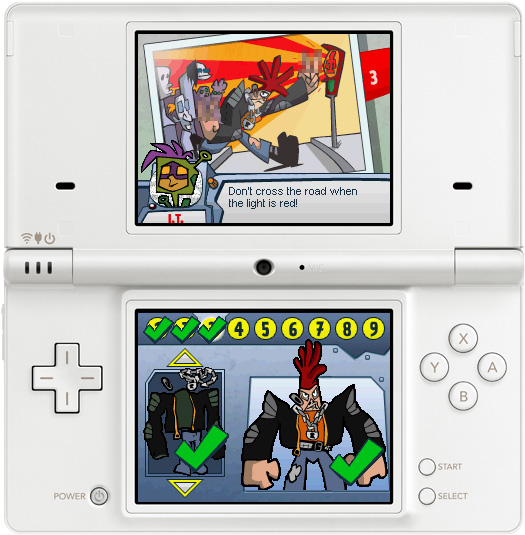 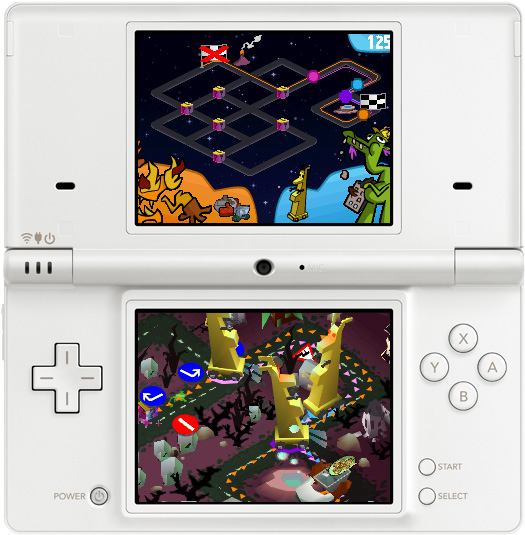 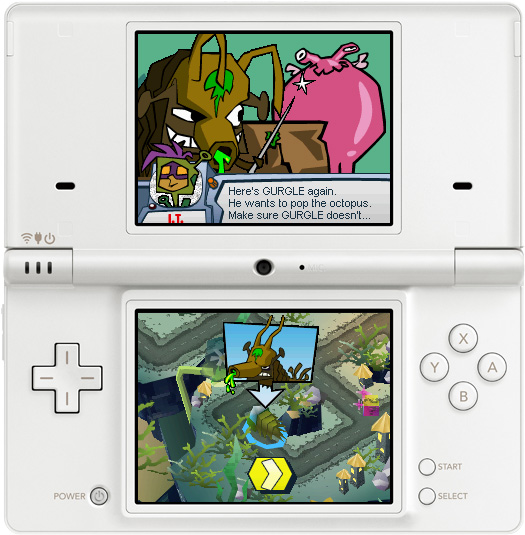 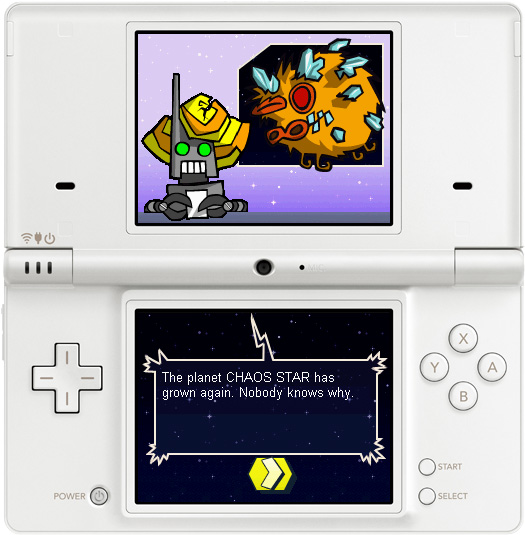 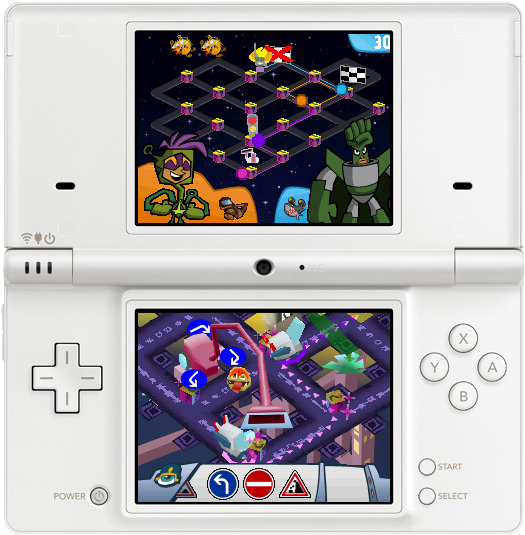 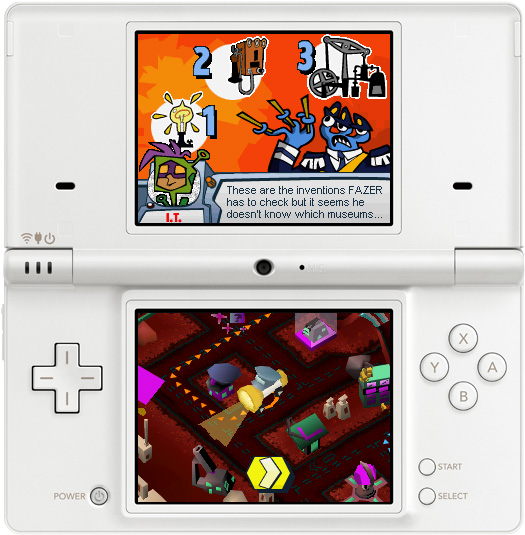 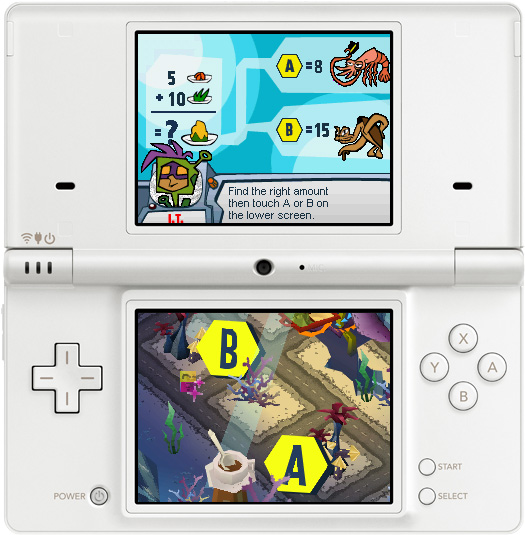 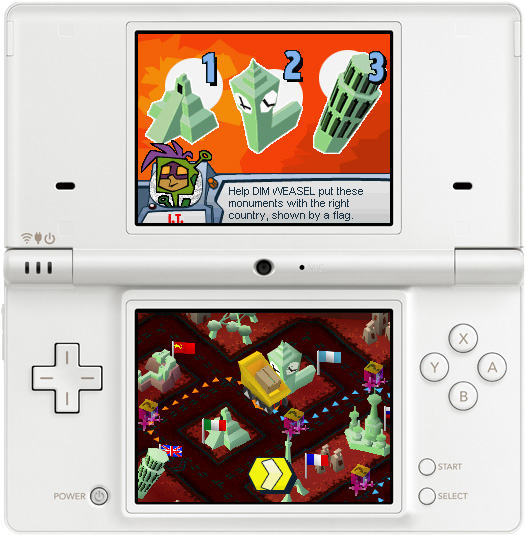 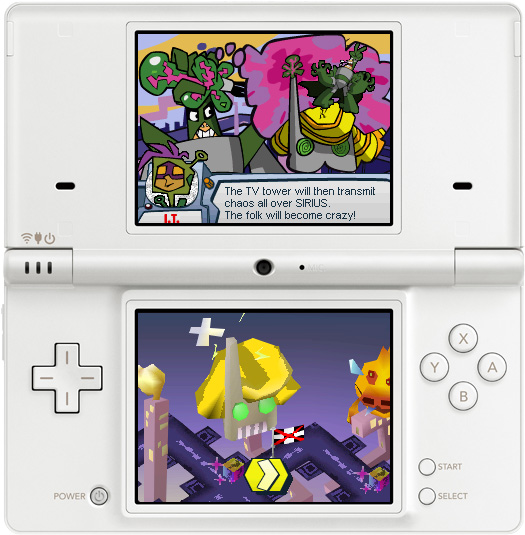 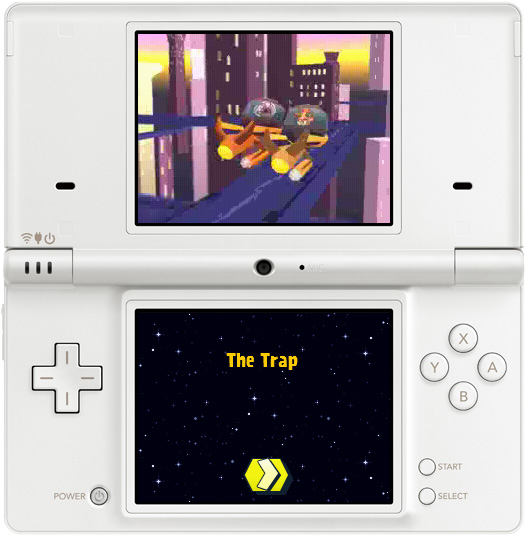 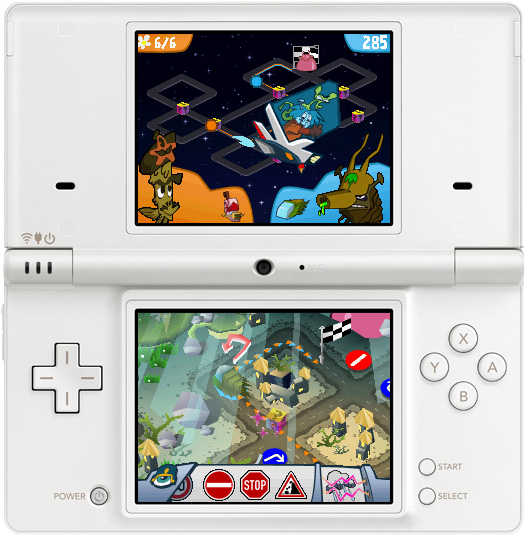 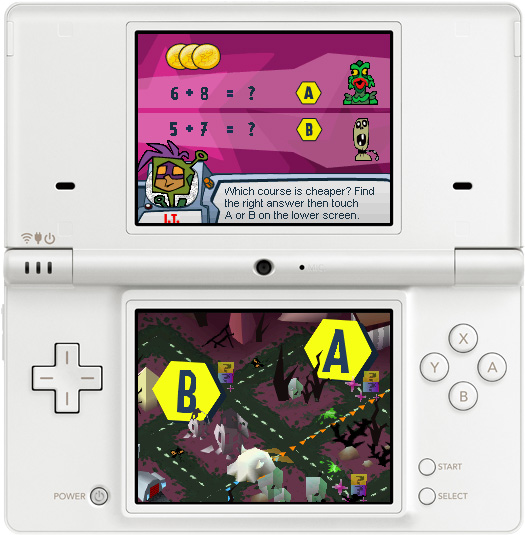 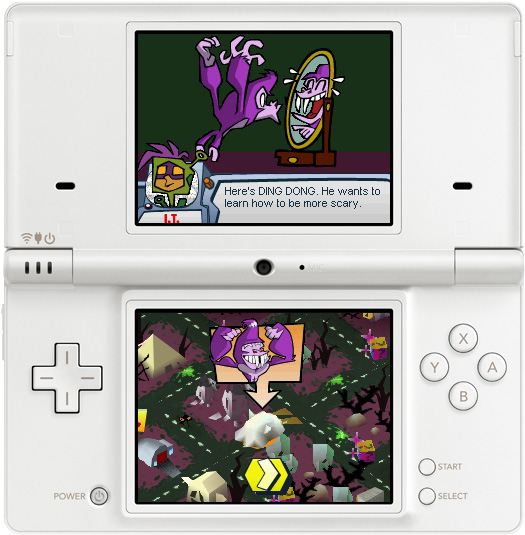 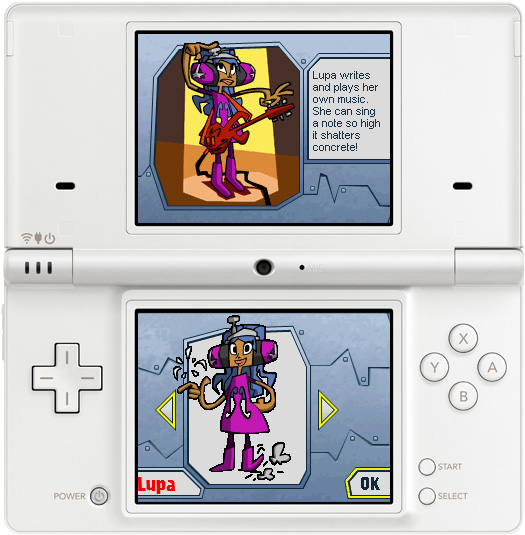 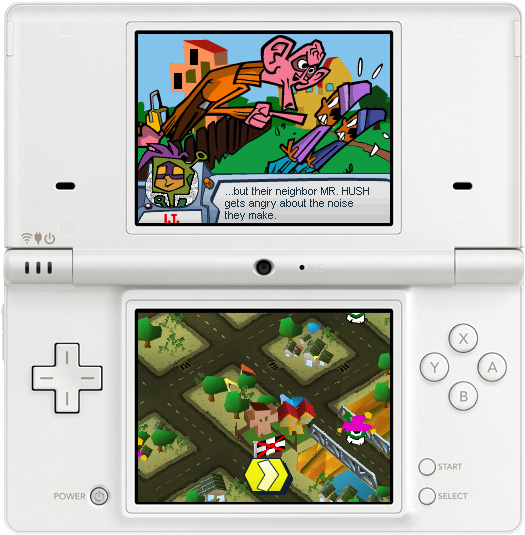 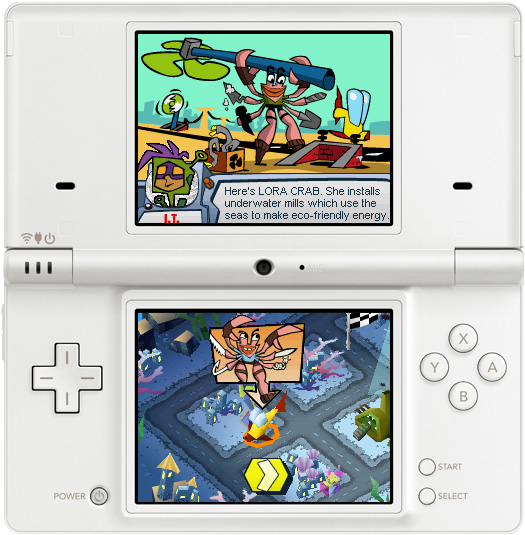 Galaxy Racers, an adventure learning game for children of primary school age for the Nintendo DS, has won several awards, most recently the German Developer Award 2010 in the category “Best Children’s Game”. Fly with a spaceship to six distant planets and help the intergalactic inhabitants. By placing or relocating traffic signs and through the use of fun weapons you can control the travel routes of the planets’ citizens – and sabotage the villain’s tricks, who wishes to take the greatest power in the galaxy for his own evil plans …
Learn interesting facts about road safety, geography, social behavior, environment and history!